Chances are you’ve probably seen the Fairtrade logo on different products in your supermarket, including chocolate. But what does Fairtrade really mean when it comes to chocolate? In this article we answer all questions from what it is and the benefits of Fairtrade chocolate.

What is Fairtrade chocolate?

Fairtrade chocolate is made from cocoa beans that have been grown and harvested in a way that meets certain environmental and economic standards set by the Fairtrade Foundation. These standards include ensuring that farmers are paid a fair price for their cocoa, providing good working conditions, and protecting the environment.

What’s the history of fairtrade chocolate?

The history of Fairtrade chocolate began in the early 1990s, when a group of European NGOs started to campaign for better prices and working conditions for cocoa farmers. In 1994, the first Fairtrade Certified chocolate bar was launched – Green & Black’s Maya Gold Chocolate.

Today, there are over 1,000 certified Fairtrade chocolate products on the market, including chocolate from major brands such as Cadbury, Ben & Jerry’s, and Mars. The Fairtrade system has been credited with helping to improve the lives of small-scale farmers and workers various parts of the world. It has also raised awareness about the challenges faced by cocoa farmers.

What are the benefits of buying Fairtrade chocolate?

Where does Fairtrade chocolate come from? 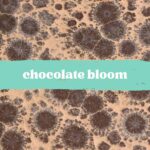 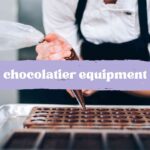 What is cacao agroforestry? What is Craft Chocolate?