Chocolate has made its way to supermarket shelves in close to every country around the world. Yet, not many people actually know the history of chocolate, or even how it’s made.

In 2018, a research paper published in the journal Nature Ecology and Evolution re-wrote the history of chocolate by suggesting that cacao was consumed by humans 1,500 years earlier than previously thought.

Archaeologist Michael Blake and his colleagues discovered pots used by the ancient Mayo-Chinchipe culture in Ecuador. These pots had traces of cocoa beans inside with the DNA dated back to 5,500 years ago.

Evidence suggests Ancestral Mesoamerican Civilisations, like the Olmecs, were amongst the first to start fermenting, toasting, and grinding cacao beans around 1500 BCE. DNA testing of pots and vessels show that the Olmecs were consuming cacao as drinks and gruels.

Around 300 CE cacao started to become a vital part of Mayan society. They used cacao in everything from religious rituals, official ceremonies, funerary offerings and even for medicinal purposes. The Mayans seasoned their chocolate by mixing the roasted cacao seed paste into a drink with water, chilli, and corn.

The Mayans began cultivating cocoa trees in the first known cocoa farms around 600 CE. They collected wild cocoa trees from the rainforest and planted these in lowland forest areas which they cleared for their plantations.

Whilst much of the cacao was used by themselves, some Mayan merchants traded the luxury good with the Tainos of Cuba and the Quechua of South America, which enabled cacao to travel across Central and South America.

As the Aztec civilisation flourished and reached its golden age, they began to acquire a taste for cacao. However, the climate within the Aztec empire was too dry to grow cacao and they, therefore, had to start importing the beans from the Mayans.

Cacao started to become so valuable that the Aztecs started using it as a legal currency. Aztec rulers began accepting cacao as tax payments, valued alongside rare stones such as jadeite.

Although Christopher Columbus first reached the Americas in 1492, it wasn’t until his fourth voyage in 1502 he encountered cacao. Columbus intersected a Mayan trading canoe which was carrying cacao. This occurred on the island of Guanaja, which is 100km off the coast of present-day Honduras. Not knowing what they were, he later described the cocoa beans looking like, “large almonds.”

Spanish Conquistador Hernán Cortés returned to Spain from the New World and brought cocoa beans with him. Back home, he described cacao as:

“The divine drink which builds up resistance and fights fatigue. A cup of this precious drink permits man to walk for a whole day without food.”

Sir Hans Sloane returns to England from Jamaica, where he learns about the therapeutic qualities of cacao. Whilst Sloane was convinced of the medicinal properties of cacao, the drink prepared by the locals of Jamaica was unpalatable according to himself.

Hans Sloane was amongst the first to mix cows milk, sugar and cacao to produce sweet hot cocoa. He brought this recipe back with him to England, where he sold it as a medicine in London.

The Swedish taxonomist, Carl Linnaeus, published his binomial classification system of living things. Prior to this, scientific names of plant and animals consisted of several words grouped together; often making it very confusing.

The binomial naming system simplified and organised scientific names for living things into two words; the first word being the genus and the second the species. Linnaeus classified the tree from which chocolate comes from as Theobroma cacao (theobroma, Greek for ‘God-food.’)

The British chocolate company J.S. Fry & Sons produced the first chocolate bar in 1847. Though chalk-like bars existed before, it was the first of its kind to combine cocoa powder, sugar and cocoa butter to produce a solid and enjoyable chocolate bar.

Prior to 1879, the consistency of chocolate was fairly coarse. It wasn’t until Rudolph Lindt invented the first chocolate conching machine. Conching is a process that involves heating and mixing the ingredients of chocolate for several hours to make it extra smooth.

The first white chocolate bar made its debut in the 1930s. Like many other brilliant inventions, white chocolate was the result of an accident. At the time, Nestlé was manufacturing Nestrovit, a milk powder that was enriched with minerals and vitamins.

In an attempt to create their milk in the form of a solid bar, Nestlé mixed the enriched milk powder with cocoa butter. The outcome of this experiment was white chocolate. The inventors quickly realised how delicious white chocolate tasted and Milkybar arrived on the market in 1936.

Chocolate landed on the moon with the crew of the Apollo 15 mission in 1971. However, it wasn’t the first time cacao had made it to space. Russian cosmonaut Yuri Gagarin space food consisted of “pureed meat packed in squeezable tubes like toothpaste, followed by another tube containing chocolate sauce.”

In 1993, Gianluca Franzoni, the founder of Domori chocolate, travelled to Venezuela to research the rare Criollo bean. He loved Venezuela so much he ended up staying for three years learning all about the various cultivars of cacao and their flavour profiles.

In 1997 he founded the Criollo Project to preserve and prevent the extinction of Criollo varieties. Together with French makers François Pralus and Bonnat they form the foundation of the fine chocolate industry.

Scharffen Berger was founded in 1996 by sparkling winemaker John Scharffenberger and physician Robert Steinberg. Already in the mid-1990s, the duo was creating small experimental batches of chocolate with as many as 30 different varieties of cacao.

Scharffen Berger was a pioneer of the New American Craft Chocolate movement. As opposed to other chocolate makers at the time, Scharffen Berger focused on small-batch, high-quality chocolate. Their focus was extracting the various flavour profiles of different cacao beans, sourced from specific growers. The company was eventually acquired by Hershey in 2005.

Juan Carlos Motamayor maps the cocoa genome and expands the three types of cocoa (Forastero, Trinitario, and Criollo) to ten genetic clusters. The results shed light on the true diversity of cacao varieties.

Chocolate manufacturer Barry Callebaut announces a fourth type of chocolate, Ruby chocolate. The chocolate is very similar to white chocolate, except with the addition of citric acid, making it slightly sour. 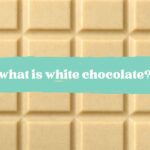 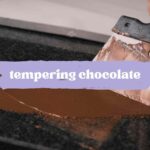