Controversially hailed as the fourth type of chocolate, ruby chocolate was unveiled on the 5th of September 2017 at a private event in Shanghai by the Belgian company Callebaut. The last time a new type of chocolate was released to the world was over 80 years ago when the Nestlé company introduced us all to white chocolate.

The Background to Ruby Chocolate

In 2004, Callebaut announced that it had apparently discovered a new type of bean: the “ruby” cocoa bean. However, the company didn’t bring its product to market until well over 10 years later. At the launch in Shanghai, Peter Boone, Barry Callebaut’s Chief Innovation & Quality Officer explained that ruby chocolate, “satisfies a new consumer need found among Millennials – Hedonistic Indulgence.”

So how did this ‘millennial chocolate’ come to be? According to the Callebaut story, “One of [their] cocoa experts discovered that unique components, naturally present in cocoa beans, yield chocolate with an exceptional red-pink colour and fruity taste.” However, the company is adamant that ruby chocolate is natural and that the pink colour is not the result of added colouring or berry flavouring, but instead is naturally found in certain cocoa beans from Brazil, Ecuador and the Ivory Coast.

How is Ruby Chocolate Made?

Following the launch in 2017, journalists and other chocolate industry experts speculated that ruby chocolate was in fact made with regular but unfermented cocoa beans (which naturally have red-pinkish colour). Many chocolate experts agree that for the final chocolate product to be pink, the cocoa itself must be very pink to maintain its colour. It’s therefore believed they use fruitier, unfermented cocoa beans treated with acids, to maintain its bright colour. This would make sense as citric acid is listed on the ingredients.

Traditionally in cocoa bean processing, after the fermentation stage (which removes the outer pulp from the cocoa beans) the beans are put out to dry. At this stage, they are a deep red, wet, and intensely sour from the bacterial fermentation. This sourness fades as the beans dry.

This would also explain why in 2009, Callebaut registered a patent with the European Patent Office for “the invention [relating] to acidified cocoa nibs.”

Within the patent, they explain that “There is a desire amongst some consumers for cocoa products that have a different colour. The use of coloured cocoa products can restrict the use of artificial food colourings or allow the use of less colouring material, for example.”
Therefore, unlike Callebaut’s claim of the ‘ruby cocoa bean,’ this pink colour might be derived from any cacao variety in the whole world. However, that story doesn’t have quite the same ring to it.

It tastes sweet and tart, nothing like dark or milk chocolate, and more like white chocolate in texture, with fruity berry notes. A Barry Callebaut spokesperson describes Ruby chocolate as “…not bitter, milky or sweet, but the tension between berry fruitiness and luscious smoothness.”

“…the taste was really quite delicious – creamier than milk chocolate, less sickly than white chocolate, with just a hint of a zingy fruit-yoghurt tang.”

“…it is semi-sweet, slightly perfumed, a bit like those Special K red berries.”

How is it different from white chocolate?

Things got a little awkward for Callebaut when they tried to get ruby chocolate into the US market. According to the US Food and Drug Administration (FDA), there are strict rules as to what can legally be labelled “chocolate”. So when ruby chocolate finally launched in America in May 2019 it was under the name “ruby couverture” instead.

However, in November 2019, the FDA issued a temporary permit Callebaut to market it as “ruby chocolate”. The permit is valid for 15 months only and, “will allow the applicant to evaluate commercial viability of the product and to collect data on consumer acceptance of the product.”

The Future of Ruby Chocolate

Even though ruby chocolate was released in 2017, it seems it hasn’t quite created the shock waves Callebaut was expecting. Perhaps it was because it took a few years for ruby chocolate to become widely available to consumers, chefs and chocolatiers, which isn’t the ideal approach for the target market of Millennials who supposedly love instant gratification. Or perhaps it was down to launching it through Kit Kat, which didn’t quite appeal to the fine food market as anticipated.

Nonetheless, a few chocolate industry experts claim ruby chocolate will be on par if not bigger than white chocolate in the next 20 years. For now, the future of ruby chocolate remains open. However, we’ll leave it up to you to decide whether or not it should have the title as the fourth type of chocolate.

Let us know what you think about ruby chocolate in the comments below. 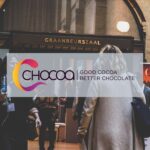 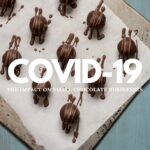