A report by market research agency ResearchAndMarkets has forecasted the premium chocolate market in Europe to reach USD 13 billion by 2024, with an estimated compound annual growth rate (CAGR) of 8.66% over the next five years. Key drivers behind this growth include the rise in demand for fine flavour cocoa, as well as growing demand for organic, vegan, sugar-free, and gluten-free chocolates.

According to the report and the Central Bureau of Investigation Europe, direct trade links are increasingly being sought to source fine flavour cacao. This, in turn, means closer relationships and interactions between cacao farmers and chocolate manufacturers are occurring. Whether these manufacturers are paying a fair price for the fine flavour cacao still remains unclear.

The report also suggests that consumers are slowly shifting their way of thinking, and seeing chocolate as a healthy food and less like candy. European consumers become more aware of the food they eat and the impact it has on their health and wellbeing, and so are attracted to the many health benefits associated with chocolate.

Is Chocolate Vegan? Everything You Need to Know 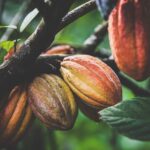